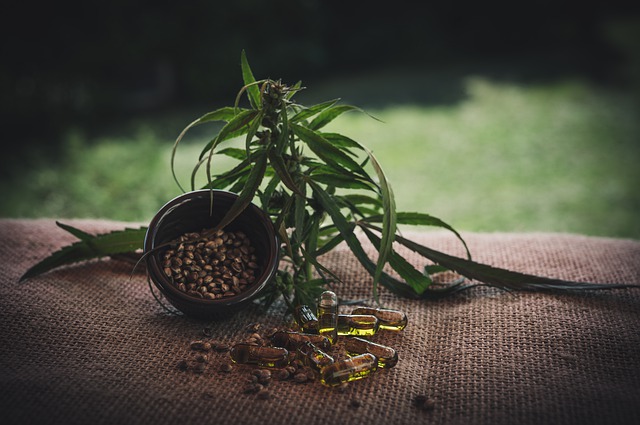 Cannabidiol is becoming an important and common tool to solve various health problems or improve your daily life in other ways. It is a non-psychoactive cannabinoid found in Cannabis plants. Unlike THC, it does not have effects that lead to various unpleasant conditions such as depression or anxiety. So it is suitable for everyday use. CBD is a trigger that binds to receptors in the human or animal body and triggers important reactions. These cannabinoid receptors are mainly found in the central nervous system. Cannabidiol can maintain homeostasis in the body and maintain the balance of the endocannabinoid system and resolve its disturbances.

CBD can react in many areas of the human body at once. Therefore, it can be used on the path to relief from various physical or psychological problems that we encounter in everyday life. For example, there are scientifically proven connections such as CBD and toothache, CBD and regeneration or CBD and muscle relaxant. Many doctors or pharmacists also recommend preparations containing this substance for intestinal diseases, stress, depression, but also for improving sports performance or achieving a better capacity to concentrate.

The main problems treated include:

Stress is one of the natural mental and physical responses to various situations that we commonly experience in our lives. In this process, hormones (cortisone and cortisol) are fired in order to create stability in the body’s internal environment and thus prevent damage or even failure, resulting in death. However, problems arise with chronic stress, which is long-term and significantly more damaging than acute stress. The results of scientific studies have shown that it is extremely effective to choose the path of various natural preparations. The studies also mention CBD’s anti-stress effects.

Cannabidiol reduces stress by positively influencing important reactions in the body. It binds to the serotonin 5-HT1A receptor, which has important roles in regulating defensive responses to stressors. CBD also increases hippocampal neurogenesis in adults, which will accelerate the growth of new brain cells. It is the lack of neurogenesis that causes a person to experience symptoms in the form of depression, anxiety or other manifestations of stress.

The positive experience of CBD on stress was demonstrated in 2012 by Dr. Andrés Uribe-Marino in his study. He gave rodents low doses of cannabidiol and placed them with others in one terrarium along with a snake. He then examined their behavior and their ability to choose the best strategic place to hide from the snake. In this context, a mouse is the equivalent of a person with a social phobia about to give a lecture to a full auditorium, a snake in turn the audience in the room. Thus, CBD demonstrated the ability to support proper evaluations in coping with problems or to prevent panic from spreading.

CBD sedatives are used, for example, in Italy. In 2018, there have been legislative changes and these products have gradually displaced prescription drugs, which, unlike cannabidiol, are often associated with adverse effects. Relaxation with CBD is also increasingly used in everyday life due to its interaction with receptor sites, which are associated with neurotransmitters. And it is thanks to them that one feels fine and well. This substance positively changes the chemistry in the brain and we receive a dose of contentment or bliss. It’s all built on CBD’s ability to increase levels of anandamide, also known as the “feel-good molecule”. It binds to cannabinoid receptors and has a significant effect on physiological processes such as appetite and mood. By taking preparations with this substance, you increase its reduced levels and a feeling of relaxation comes. All this was confirmed, for example, by a study published in the journal Translational Psychiatry.

Cannabidiol is also becoming a very common supplement in sports or fitness specifically. Building muscle with CBD oil is especially effective in overcoming muscularity, which causes microscopic damage to muscle fibers. Muscle relaxation with CBD can prevent this, plus it will help you regulate catabolic hormones. Their accumulation leads to an increase in stress cortisol in the body, which negatively affects the increase in muscle mass.

Poor sleep is also a problem when playing sports. And this is where CBD and testosterone come in. We can beat the lack of sleep with cannabidiol preparations and prevent a negative effect – a decrease in testosterone levels. It is ultimately heavily involved in the muscle recovery process. CBD in bodybuilding helps athletes normalize their blood sugar levels, which reduces the fat-storing hormones from the pancreas, thus limiting their storage in the body.

Regeneration with CBD is an effective natural way to increase performance in sports or fitness and prevent unnecessary injuries. Whether you reach for CBD before training for classic sports or include CBD in your strength training, you will certainly avoid the fears of various unpleasant side effects of other preparations. And last but not least, you don’t have to worry about a positive doping result by buying these reliable supplements.

Which CBD products to take while exercising

Cannabidiol preparations are now used by many athletes, including mainly MMA fighters and rugby players (even 20% of them). Since 2018, the World Anti-Doping Agency (WADA) has allowed the presence of this substance in saliva, blood and urine during anti-doping tests. To be able to extend recovery time, forget about fear, being able to perform in front of spectators or cameras or use CBD oil for muscle cramps, athletes should familiarize themselves with the right choice of product.

The most common choice is CBD oil, but CBD cream or CBD drops are also used effectively by athletes. A CBD ointment can relieve pain and help you forget about joint pain or tendonitis. The effect of CBD is significant just after a workout but also before bedtime. The experience with CBD oil mainly relates to endurance athletes or even those who need to lose weight. After taking it, the body can properly regulate the energy released and the mind is also relaxed. Cannabidiol has a positive effect on the metabolism and hormonal system, so you can use CBD for weight loss and muscle gain. With drops or oils, we also talk about suppressing muscle spasms, ointments that regenerate and accelerate the healing of scars and other injuries.

CBD dosing is extremely simple. It can be inhaled as a vapor, and is also contained in recovery drinks or other foods. Tinctures and drops are dispensed under the tongue, oils or creams simply applied to a body part or wound. However, differences may occur in the speed of onset of effects. Oils or capsules have to be digested properly, so you will feel their effects a little later. Tinctures or sublingual drops are the fastest. Creams also have a great onset of effects. The most accurate dosing is through capsules and oils where the exact amount of CBD in a given volume can be calculated or ascertained. On the positive side, there is no risk of cannabidiol overdose.

CBD also has a positive effect on learning. The inability to concentrate or poor concentration are extremely common problems that can be solved through cannabidiol, according to relevant studies. These inconveniences are caused by a lack of endocannabinoids, when there is a slowdown in the processes of neurotransmitters. Just a few drops of this substance can increase your ability to concentrate, which will also create a calming effect in you. Bad concentration has no chance after taking CBD. The substance has a positive effect on the level of dopamine in the brain, the decrease of which brings a decrease in attention. Moreover, this substance has no psychoactive effects and there is no risk of any health problem with excessive dosage or indication with other drugs

This particular study was carried out by researchers from the Department of Behavior and Neurology at the University of Sao Paolo. They administered 2.5, 10 and 40 mg/kg of cannabidiol to the rodents for four days. According to the results, acute administration of CBD increased sleep latency during the light part of the day and also total sleep time. All of this is also supposed to have an effect on concentration during the day.

When taking cannabidiol preparations, there are many types to choose from. CBD products are known in the form of oil-based capsules, concentrates, drops, beverages, foods, transdermal patches, vaping products and water-soluble preparations. Each has a different onset of effects or dosage. But each of them is an isolate, extract or is produced with their help.

The most sought-after form is CBD oil. These natural stimulants can very effectively strengthen memory or increase concentration. CBD cannabidiol drops work relatively quickly and also have the advantage of discretion. The dose is measured simply by the number of drops. The percentage of the substance in the preparation is important for the correct dosage. If this is your first experience with the oil, choose weaker variants (e.g. 2-5%) and only one or two drops. Apply these under your tongue. You can expect positive effects within 10 to 30 minutes after taking it and you will feel them for up to 8 hours. But the onset of the effects also affects your diet. On a full stomach, they are absorbed much more slowly. The advantage of tinctures is the possibility of adding them to a drink such as tea. If after a week you do not feel sufficient effects, increase the dosage.

CBD capsules have the most accurate dosage. Their advantage also lies in their ease of use, as you just need to drink a glass of water. This is a great alternative to CBD drops. However, capsules have been shown to have much longer effects, albeit at the expense of later onset. These two forms of products can also be combined. Capsules are absorbed in the gastrointestinal tract. This makes them ideal for people who have digestive problems and are better suited to night-time use. 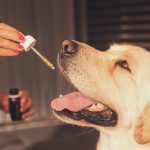 What can I give my dog to calm down on New Year’s Eve? 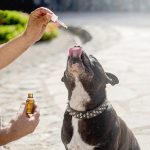