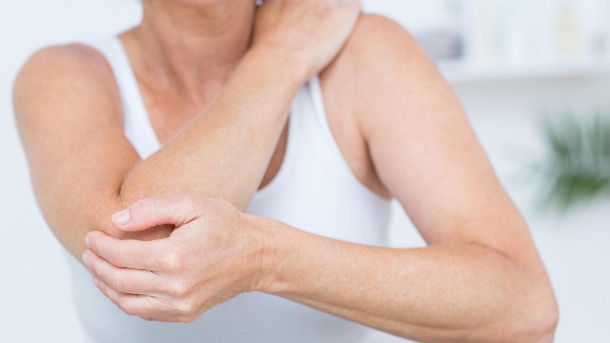 Many people don’t exactly know what arthrosis is supposed to be. And this is why the problem arises when they have problems with joint pain. And this is the most prevalent joint disease in the world, affecting 12% of the population. There is an occurrence of osteophyte formation, soft tissue change, degradation of articular cartilage or subchondral sclerosis. Degradation also affects the surrounding joint structures and muscles, the bones around the cartilage and the joint capsule. The damage mainly affects the articular cartilage, where cracks are visible and loosening of the cartilage occurs. Growth on the edge of the joint crevice (osteophyte) is also unpleasant. The joint is damaged at the edges by growths and the narrowing of the articular cleft.

The joint membrane has to react to all these disturbances, which triggers a defence mechanism and inflammation arises. In case of overburden, fluid is formed in the joint. Secondary inflammatory changes lead to the formation of inflammatory products or synovial fluid, which damage the articular cartilage even more. The organism automatically tries reparation through suvchondral bone hypertrophy (subchondral sclerosis).

Gradual wear and tear or more severe cartilage damage affects people as young as 30 years of age. The problem is that it cannot regenerate. The prevalence of the disease increases with age, with arthrosis occurring in up to three-quarters of cases in people over the age of 65. The knee and hip joints are most affected, but fingers, shoulder and elbow are not safe either.

The name “arthrosis” is the most widespread in society. However, we should more accurately label this disease as osteoarthritis, since in addition to the structure of the joint, it also destroys the adjacent bones.

Symptoms of arthrosis should be divided according to its stages. The first manifestation, which we also consider the most important, is pain. At the very beginnings of the disease, it appears to be exertional, and muscle reflex spasms begin to occur, trying to protect a particular joint. You will get rid of the pain at this stage quite smoothly. In the next stage, joint pain is experienced during active and passive movement. In the lower limbs, there is an initiatory pain present in the first steps after a period of rest. Nocturnal and rest pain is manifested in advanced stages. The nerve endings in the articular cartilage are absent, the pain travels in the direction of tendons, tendon attachments around the affected joint, synovial membrane, joint capsule or periosteum. The cause of the pain should thus be sought in an irritated area, a spasm of the muscles at the joint, the inflammation of the synovial membrane or hyperaemia. Restriction of movement arises already in the early stages; morning stiffness also often appears. However, the joints should return to normal within half an hour.

The symptoms of hip osteoarthritis

Symptoms of hip osteoarthritis are accompanied by stiffness of the joint after prolonged sitting or getting out of bed. Symptoms include:

Symptoms of osteoarthritis (gonarthrosis) of the knee appear around the age of 40. They are most common in women, overweight people or those who have had knee surgery. This disease of the articular cartilage is accompanied by stiffness of the joint, the reduction of its function or unpleasant pain. Gradually there is a loss of cartilage. The symptoms of coxarthrosis (hip arthritis) are similar. They manifest as swelling, limited functionality and pain.

Forms of arthrosis are distinguished according to which joint is affected.

Gonarthrosis, or arthrosis of the knee, is a degenerative non-inflammatory change of the joint. Knee pain has a multifactorial basis, so it’s not just ageing. It is considered the most common form of musculoskeletal disorder. It occurs in 12% of adults, and its incidence increases rapidly (70%) in adults over 65 years of age. The disease also attacks nearby cartilage structures of the knee. Arthrosis of the knee reduces quality of life and often results in disability.

Rhizarthrosis is a degenerative disease of the thumb of the hand that attacks the junction of the thumb metacarpal bone with the wrist. The pain in the first stages restricts hand movements, later the patient can not even grasp objects. Most often it affects women from forty years of age and manual workers who put an unreasonable burden on this part of the body. It is manifested by morning stiffness of the joint. Treatment can be conservative, but often the problem is solved by surgery. However, we are also familiar with the term Heberden’s arthrosis – arthrosis of the end joints of the hands. Bouchard’s arthrosis is a disease of the middle joints of the fingers.

Coxarthrosis is an arthrosis of the hip joint. This is a degenerative non-inflammatory disease in which cartilage regeneration is impaired and, consequently, degeneration occurs. It also results in the formation of bone growths (osteophilic) or disease changes in soft tissues. The condition can appear as early as the age of 30. If not due to an injury and the loss of mobility or pain comes on gradually, it is an acquired arthrosis of the hip joint.

The treatment of arthritis is quite complex and it is often necessary to take the path of surgery. What helps against arthrosis if you don’t want to go under the scalpel or rely on synthetic drugs? The miracle weapon against arthrosis is now also available in a natural form. Home remedies for osteoarthritis are based on many active substances, but CBD oil for arthrosis particularly effective. This in fact affects the immune system, which has a positive effect in dealing with autoimmune diseases. This fact also conveys what to do with arthrosis and why cannabidiols are all you need. Patients with this disease have high levels of CB2 receptors in the articular tissues. CBD effectively fights inflammation by activating these receptors. In addition, it also makes it possible to heal damage to the arthritic nerves. A significant effect of this substance is their attachment to nerve receptors, which are responsible for transmitting pain to the affected joints.

Side effects of CBD 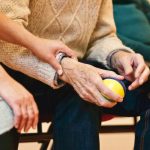 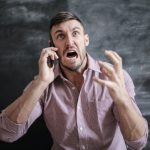