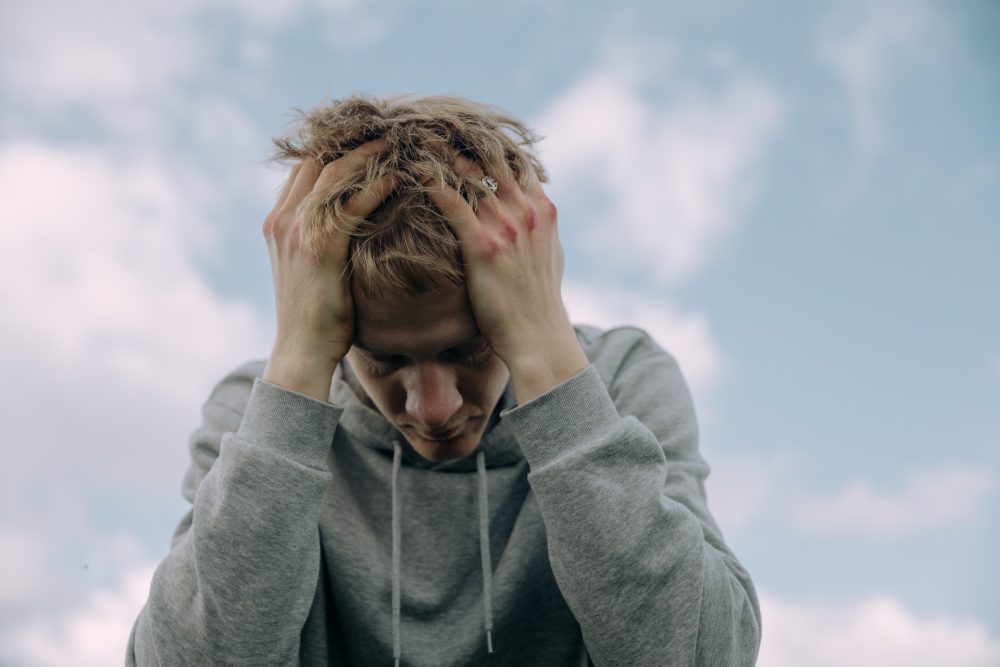 What is neuropathic pain?

Neuropathic pain is defined as pain generated by the nervous system. It is one of the sensory modalities that emerges via activation of receptors by an adequate stimulus. This pain is physiologically induced, for example, by touch. Neuropathic pain is also distinguished by its types. In the case of tissues affected by the pathological process, nociceptive pain arises as there is stimulation of the equatorial receptors. Neurogenic pain is that which arises in a pathological form due to damage to the central or peripheral nervous system. We also distinguish between central neuropathic pain and peripheral pain. Neuropathic pain includes two main clinical forms – stimulation-induced: hyperalgesia and allodynia, the other being spontaneous pain independent of stimulation. Nerve pain is very unpleasant, but cannabidiol preparations such as CBD oil can help.

This health problem affects a large proportion of the global population and contributes significantly to morbidity. The prevalence ranges from 10 to 45 percent of the population, of which more than 5 percent report high-intensity pain. It is more likely to occur in socially disadvantaged groups and women. Prevalence rates are gradually increasing with better diagnosis, but also with an increase, especially in the older population, with a higher prevalence of chronic diseases (especially diabetes). Up to 50% of the patients are in the age group over 70 years. It occurs in a wide range of diseases of the central nervous system and peripheral nervous system, as this syndrome arises when the somatosensory system is affected.

Clinical signs of neuropathic pain occur in up to 30 percent of diabetics. A major problem is the loss of sensation in the limbs, which in diabetes can lead to loss of limbs. Patients experience tingling, stinging or other unpleasant symptoms. However, the clinical picture varies depending on which site is affected or what causes have caused it. The pain tends to be burning, sharp, cutting or shooting. Pain can be triggered by a painless stimulus, felt at the site of numbness, provoked or spontaneous. Often there are signs of impaired sensitivity and a weakening of strength (damage to the nervous system).

Cause of nerve pain

Nerve pain (especially peripheral neuropathy) is caused by a number of factors. The trigger can be a viral infection, which is caused by a neuroinvasive type of virus that threatens the nervous system. We can mention HIV, herpes virus or, more recently, SARS-CoV-2. However, bacterial infections such as Lyme disease can also be involved. Most often it occurs in diabetics, the specific cause is an injury in which nerve damage occurs (it can also occur after operations). Also at risk are people doing certain monotonous work that causes nerve pressure (long periods of standing or sitting, working on a computer). Neuropathy occurs in hypovitaminosis, a deficiency of B vitamins, important in the formation of the myelin sheaths that coat and insulate nerves, and generally for their proper function. Patients with hypothyroidism (thyroid disease accompanied by insufficient hormone production) are also at risk. But people can also bring the disease on themselves, for example by drinking alcohol. Its occurrence during long-term use of antibiotics or chemotherapy treatment is also an inconvenience.

Trigeminal neuralgia mainly affects people after the age of 40. Problems often occur in patients with multiple sclerosis (caused by inflammation). This is a painful tic that arises from the fifth cranial nerve (trigeminus). It can be caused by pressure of the aneurysm on the nerve or by tumors. This is an extremely severe pain that comes on suddenly and lasts for a minute at most. Although the pain suddenly disappears, it returns again. Patients describe it as excruciating agony. Seizures can last for weeks, months or years, it is an individual issue. Persons are afraid to swallow or chew, hence the rapid weight loss. The seizure is triggered by ordinary activities such as eating, shaving even touching the affected area on the face. Problems also occur with colds or draughts.

Neurological pain is also caused by abcesses, especially cerebral ones. But with this organ, we must also mention cerebral infarction as a trigger. A specific form is Bannwarth syndrome, mainly associated with Lyme disease and is one of its most unpleasant manifestations (the infection invades the nervous system). The nerve roots or brain are affected. It is manifested by severe pain in the nerve roots, often mainly in the lumbar and cervical region or headaches. The peripheral parts of the body tingle unpleasantly, even resulting in the paralysis of the mimic muscles or the limitation of cheek muscle functions. This is compounded by loss of appetite, reduced performance and fatigue.

Diabetic neuropathy (central neuropathy and peripheral neuropathy) is a complication of diabetes and can cause several subsequent diseases of the autonomic nervous system or peripheral system. It can be caused by polyols (alcoholic sugars) found along nerve membranes, reduced nerve production and growth, or damage to blood vessels, causing circulatory defects in the nerves. In half of diabetics this problem appears within 10 years; it is not an exception that it is subclinical, i.e. the patient does not even feel it. Otherwise, a greater variety of symptoms can occur and can also be highly uncomfortable.

A very interesting problem is phantom pain or phantom limb, which is also classified as a neurological disease. This is a sensation in which the patient has the impression that a missing limb is still part of the body. It affects approximately 70% of amputees and is manifested by pain. They can also appear in regards to the teeth, eye or breast. The pain is intermittent and gradually decreases in intensity. If we are talking about purely phantom pain, this can also be experienced by people who are paralyzed or have already been born without a limb. There are nerves behind the limb that would otherwise invert the missing body part. The patient feels tingling, pressure, pricking, itching, sensations of heat or cold.

In peripheral neuropathic pain or other forms of neuropathic pain, patients suffer from a variety of painful conditions. The latter can manifest itself almost all over the body. Neuropathic cranial nerve pain is described as acute unilateral pain with double vision without neck stiffness. It most often occurs in diabetic polyneuropathy. Most often, however, patients complain of hip, neck and shoulder pain.

Major problems arise in diabetic neuropathy. This is accompanied by defects in the limbs, which are accompanied by severe nerve pain in the leg or neuropathic pain in the foot. Neuropathy attacks the structure of the nerves due to long-term elevated blood sugar levels. At first, the symptoms are subtle, but later they are literally terrifying. It often happens that a person does not feel the nerve pain in his/her leg and therefore does not even know about this problem. A painful type of neuropathy is the aforementioned trigeminal nerve problems, in which facial nerve pain occurs. However, it is often the case that this disease arises for completely different reasons as a concomitant of another health problem or injury. Such a form is nerve pain from mental stress.

What helps against nerve pain?

Neuropathic pain therapy focuses on reducing painful conditions and eliminating the causes of the disease. However, if tests do not show what to do about the nerve pain, you will continue to be monitored as your condition may worsen. It’s quite easy to do this with people who abuse alcohol. It is enough to get rid of this ailment. However, there are also medications to treat neuropathic pain. However, these only address certain symptoms, are often prescription only and are associated with side effects. These include painkillers, antiepileptics, opioid-containing drugs, antidepressants, capsaicin, noradrenaline and serotonin reuptake inhibitors and immunoglobulin.

What helps with nerve pain if you don’t want to opt for conventional medicines? There is an exchange plasmapheresis, during which the elimination of autoantibodies from the blood occurs. These are chemicals that are produced in the body in certain diseases and destroy the cells of the human body. TENS (Transcutaneous Electrical Nerve Stimulation) is based on the placement of electrodes around the body and uses the action of an electric current to relieve painful conditions. The treatment lasts a month, every day for half an hour. Rehabilitation is appropriate for muscle weaknesses when some physical activity is recommended. Exercises relieve pain and give you strength. A more unpleasant way is surgical treatment, which is used when there is pressure on the nerves, for example, from tumors. However, you can help yourself with a healthy lifestyle. Check your blood sugar, eat a good diet, avoid alcohol and smoking, exercise and pay attention to your feet (especially diabetics).

However, there are also home remedies for nerve pain or those that are not tied to a prescription. A great natural remedy is CBD for neuropathic pain. This substance binds to cannabinoid receptors found in the ECS (endocannabinoid systems). The ECH is extremely important in the management and control of many functions and processes in the body, such as pain, mood, sleep and appetite. The cannabinoid CB2 receptor is important, as it is responsible for pain relief and can slow down the body’s various defences. Nerve reactions after injuries are, for example, inflammation, which is a very common cause of nerve pain. 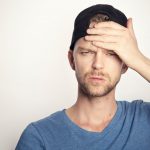 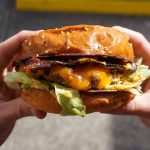